Happy New Year everyone! I can’t believe I’m writing another year-end summary for the Farmer Legacy. It seems like just yesterday I did the one for 2021. Where did this year go, anyway?

The blog has done very well this year, but I’ll get to that in a moment. Some stats look a little on the low side, but there’s an excellent reason for that. Personally, this has been one of the roughest years in recent memory.

We started with a major remodel and repair in our apartment home. Right after Christmas last year, I had two weeks to pack and clean our apartment as though we were moving. Now, with a healthy partner, this wouldn’t have been an issue. But, as you may (or may not) know, my husband and I both have major chronic health issues. I am a Fibromyalgia warrior in my 24th year, and Hubby, bless his heart, is struggling these days with Multiple Sclerosis. Neither of us are really capable of doing that kind of move project. Somehow, I met the deadline, and we had a four-day “staycation” here in town while they repaired extensive drywall issues. This is our youngest cat enjoying the view atop the fridge in the hotel room, a four-star Marriott.

We came home from our hotel excursion with me covered in bedbug bites. Luckily, we didn’t bring any extra critters home with us (just the cats!) but that same week was when I tested positive for COVID. And, as couples do, I shared it with my husband. Ultimately, we came through no worse for the wear, but he stayed in the hospital after falling and giving himself quite the goose egg over his left eye.

That’s been our primary issue this year; hubby’s falls attributed to MS. Overall, his health is on the decline, and that has ultimately required more of MY attention. The blog, unfortunately, suffers when he needs me; he comes first, as well he should. But I’m tired. I have a lot on my plate, and though I regret the blog has suffered as a result, I won’t apologize for it, either.

All of that personal stuff aside, the blog has done really well despite the lack of content. I’m seeing new traffic to the blog every week, and our numbers are steady. Except for one month last year, the flow of readers had been rather organic. Those are the numbers I’m looking at when I determine how we’re doing.

On their head, the stats this year seem a little lukewarm. For all of 2021—except February because I had a paid Facebook ad campaign that month—the visitor total was 527, with 1,062 views. This year, as of December 31, we have 451 visitors who have viewed the chapters 1,095 times. Overall, the trend is still slightly upward. All things considered, that’s good!

Last year, I stated the Blogger site, which currently only has Generations One and Two posted, has had negligible stats; the same is true for 2022. I don’t promote that site as much as I do this one, and the numbers show it. With life getting messier, and me really needing one less thing to do, I’m shutting down The Farmer Legacy on Blogspot as of January 1. Maintaining one site is work enough; two is just oppressive when time is at a premium.

So, in 2022, I’ve published seven chapters and “teasers.” The teaser is something different and new that I started this year, and I might well continue to do so into 2023 and beyond. I also stress that I’ve published only seven chapters. However, I have much more actually written, which I’ve not published, and a few chapters in progress.

What made it to the blog this year? From chapter four to chapter eight, part one, the Legacy grew by 134 pages, not counting screenshots. Not impressed? How about 57,833 words? That’s almost two-thirds of a standard length romance novel. Considering the number of setbacks I’ve had this year, I’m happy with the progress I’ve made.

Our girl Destiny has had quite a year. The end of 2021 saw her making a mistake of epic proportions, and spending the first part of this year trying to find herself. She’s been lucky with her career, but her love life has been devastating. For all my fellow romantics, her life will turn around soon, I promise you! If you remember (hopefully you don’t!!) the first Generation Two stories I published almost four years ago, Arthur and Destiny have a history together, and so much more. As I continue to develop the main story arc, Arthur will find his place in Destiny’s life in a more profound, much sweeter way.

I’ve been writing Arthur’s introduction since June, tweaking it here and there, and preparing it for his pending addition to the main storyline. Arthur Atwood is a complex man with an interesting past. His personal background makes him a complementary mate for Destiny, if only she would just realize it. Look for his story, and the chapter that introduces him into the main arc, by the end of January.

In 2022, we met Stephen Connor, Destiny’s best friend from church, and Jared McMurphy, her boss at the coffeehouse, and would-be boyfriend. And of course, Arthur has been spotted with increasing frequency here and there around Starlight Shores. Who was surprised to find Stephen had secret feelings for Destiny? Who was shocked, maybe downright angry, with Jared after his big revelation?

If you have played Showtime for any length of time, you have probably seen Ernesto Gonzales in town here and there. In the original Generation Two stories, Ernie had a slightly less impressive role. This time around, I’ve developed his character into a truly likable guy. A slightly less amicable fellow? Aiden Chandler, the CEO of “Soundwave Records.” Thankfully, we’re done with him. Or are we? That’s for me to know, and all y’all to find out!

We can’t, of course, forget the reintroduction of old friends back into the main storyline. Fran’s old flame, Jason Matthews, returned for a couple of chapters, and he will again in 2023. The Bradfords, Fran and Charlie’s longtime neighbors in Appaloosa Plains, will come back for one last chapter toward the beginning of the new year, as will one more gone, but obviously not forgotten, character.

The best of Generation Two is yet to come, so we invite you to visit again in 2023 and beyond! It is with our heartfelt and humble thanks that Chris and I both wish everyone a happy, healthy and prosperous new year! If you love the Farmer Legacy, please tell a friend. We’ll see you soon!

A Short Break, But I Will Return!

by Wendy November 23, 2022
Join 712 other subscribers
Follow The Farmer Legacy on WordPress.com

All written content on this blog is the intellectual property of Wendy Londona. All rights reserved. Please do not republish as original or without consent, and any reposts must contain the original link. This site is protected against copyright violation and theft by DMCA.

Stories are my original work. Any resemblance to anyone, living, deceased, or fictional, is strictly coincidental. The Sims 3 is a registered trademark of EA/Maxis.

I do not take credit for any custom content/poses that are shown in the story chapters. See Acknowledgements or Custom Content pages for more information. 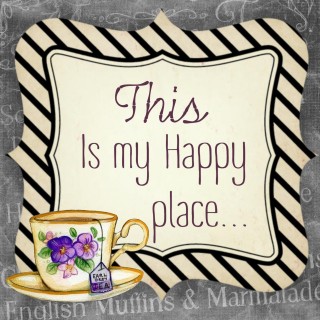